People who have played hockey know the excitement of stepping out onto the ice and moving with incredible speed and agility. Unfortunately, some kids and adults with disabilities have never had the chance to experience this wonder. The volunteers behind the Metro Detroit Sled Hockey Team are trying to give one group of Metro Detroit kids that experience.

Sled hockey, as the name implies, is simply hockey played on a sled to get around the ice instead of two skates. This offers people of all abilities the chance to enjoy Detroit’s favorite  sport. Metro Detroit Sled Hockey helps kids from around the area to play this slightly adapted version of hockey in a safe and supportive environment.

As an Assistant Clinical Professor in the physical therapy program at the Eugene Applebaum College of Pharmacy and Health Sciences and a parent with three children that skate and two that play hockey, I’ve seen the positive impact that the game can have on young people. Since Wayne State University charges its students and faculty to serve the wider community, Because of this, I’ve recently taken the lead in raising funds for the Metro Detroit Sled Hockey Club.

As a part of the PT Day of Service, an annual opportunity for people, groups, and organizations to give back or volunteer to a group of their choice, the Wayne State University Doctor of Physical Therapy (DPT) program and I have raised over $1,000 from two fundraisers, a coffee and donut sale and a “Penny War” donation drive, to donate to the hockey club. We didn’t stop there: we now volunteer regularly with the club, providing both on and off ice opportunities for the kids. Dr. Moul believes that the opportunity for his students to volunteer with an adapted sports team is a great lesson in the value of community service that will help not only with their careers as physical therapists but also students’ pursuit of the core values of the American Physical Therapy Association. I also believe that the mission of the Wayne State physical therapy department, including advancing health and wellness through community engagement, directs faculty, students, and staff to find ways to give back.

So far, the students have really enjoyed the chance to get out on the ice with the kids. According to DPT class of 2020 student Chelsea Shellman “Passing, controlling the puck while propelling the sled, and shooting using both hands alternatively were a few of the skills that I learned during the practice session. The amount of ambition and determination these children showed along with the pure joy of being able to participate in a competitive sport made this opportunity one that I will never forget.” 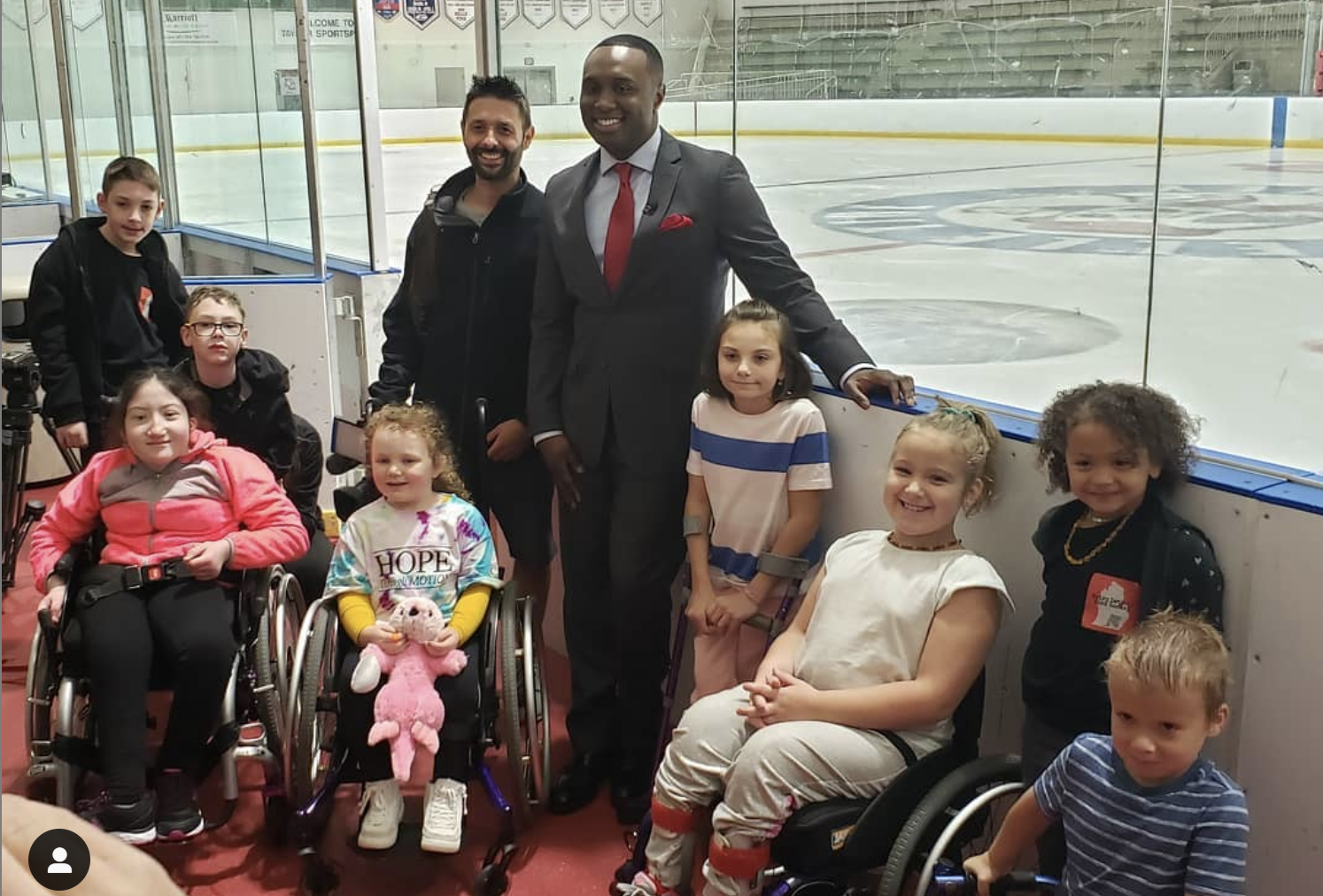 I look forward to continuing the partnership between the Metro Detroit Sled Hockey Club and the Wayne State University DPT program; and the kids are looking forward to their next game of hockey. For people that want to learn more about what the Wayne State University DPT students are doing follow @WSUDPT on Instagram. For Metro Detroit Sled Hockey visit metrodetroitsledhockey.org or follow @metrodetroitsledhockey on Instagram.