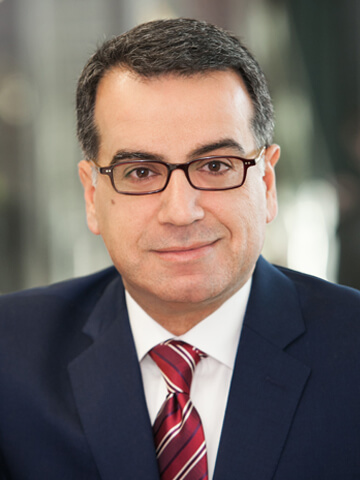 Dr. Ahmad Ezzeddine is the Associate Vice President for Educational Outreach and International Programs at Wayne State University (WSU). In this capacity, he leads the university’s academic national, global, and corporate educational engagement initiatives and programs. This encompasses overseeing the university’s satellite campuses and off-campus programs, all transfer student initiatives including partnerships with community colleges and the Transfer Student Success Center, and executive and professional development, the university’s training and consulting arm.

As WSU’s Senior International Officer, he has created innovative partnerships with institutions in the Middle East, Latin America, Korea, and China which have led to new educational and research opportunities for students and faculty as well as increased international enrollments. In 2017, he was re-elected to the Executive Committee of the Association of Public and Land Grant University's Commission on International Initiatives.

In addition to his role as Associate VP, he serves as senior Associate to the President for Special Initiatives. A firm proponent of the crucial role that universities play in driving economic and community development, he is aggressively forging linkages with organizations in the City of Detroit and the region and supporting community engagement and economic development initiatives. This includes the Goldman Sachs 10,000 Small Businesses, which he has been overseeing since 2013. He was also the recipient of the first grant awarded by the Blackstone Charitable Foundation to establish the Blackstone LaunchPad, a program to help students explore entrepreneurship as a career option and to assist them in launching their own ventures. He also launched the Detroit Revitalization Fellows Program, a program designed to attract, develop and retain promising young professionals who will help lead the economic revitalization and development of Detroit.

Named one of Crain’s Detroit Business “40 Under 40” Class of 2007, Ezzeddine is committed to serving the community since his arrival to the Detroit area more than 25 years ago. He serves on the Boards of Directors of Southwest Economic Solutions, ACCESS, and Reading Works.

Bachelor of Arts in Computer Information Systems, Master of Business Administration and doctorate in Business and Industrial Engineering.